Athletic shoes are a competitive business. In the U.S. alone, the athletic footwear industry generates $17.2 billion in revenue each year and performance footwear is just one segment that breeds consistent innovation.   If you thought most of the useful ideas in footwear had been exhausted, you’d be wrong.  The use of 3D printing in performance training shoes in just the past several years has been nothing short of a game changer.

3D printing designs in athletic footwear use a unique lattice framework to create shoes unlike any we’ve seen before.  Alan Guyan, one of the chief designers with Under Armour (UA), came up with the concept one day while hiking.  He saw a tree with a complex root system and visualized how that could translate into the structure of a shoe.

Guyan and his team utilized generative design software in their engineering process that allowed them to test a number of design variations.  The result was the UA Architect, the company’s first 3D printed shoe that wound up being an unqualified success.  The company put 96 pairs of the shoes for sale in the Spring of 2016, and they were sold out in under 20 minutes.

The lattice structure and lightweight materials used in producing these 3D shoes provide several benefits.  The shoes that are created are lighter and more flexible than traditional athletic shoes.  They also breathe easier and are considered more durable.  Another potential advantage of this technology is that tweaks to the design can be made on the spot whereas changes to a traditional shoe’s design could take a month or more.

Unfortunately, there are some limitations.  If you want a pair of 3D printed shoes, you’ll either need to be quite wealthy or very patient.  Under Armour’s first run of the UA Architect sold out at lightning speed.  New Balance produced only 44 pairs of their Zante Generate, and these also didn’t last long.  3D printing technology simply isn’t designed for mass production, so these aren’t shoes that you’re going to find at the local mall in the near future. 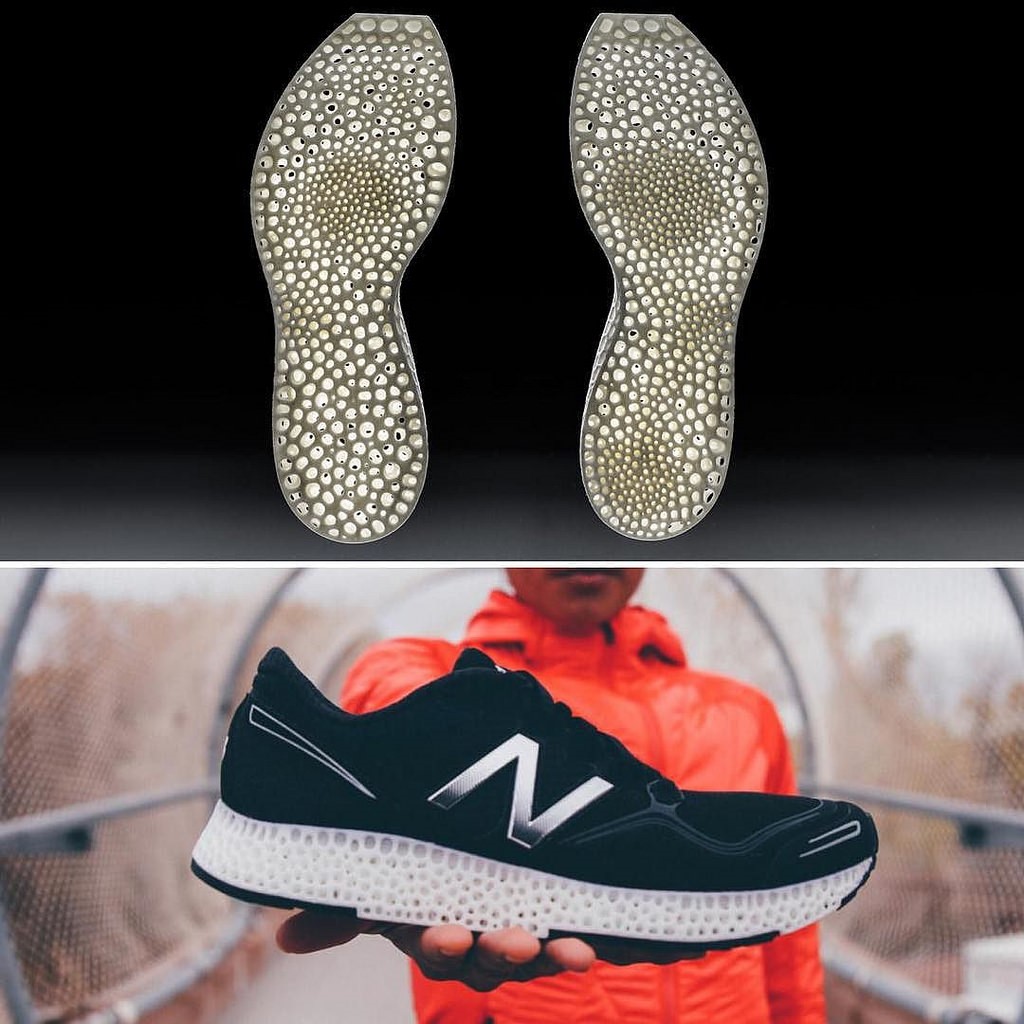 What to Expect for the Future of 3D Printed Shoes

Athletic shoe companies will continue the race to get these unique products to market and attempt to find ways to produce more than a handful at a time.  Nike produced a limited edition football cleat back in 2013, but the company continues to work on designs at its “Advanced Product Creation Center,” where they believe that the future of footwear will have people designing and printing their own shoes at home.

Both Adidas and New Balance are continuing to work on 3D shoe releases, with no promise date for delivery.  Under Armour, on the other hand, has pledged another run of its UA Architect by the end of 2016.  Again, it’s likely to be a limited run due to the particular constraints of this technology.

As some companies attempt to solve the riddle of mass-producing these shoes, others are hoping for a more personalized experience.  Some see 3D printing technology as an opportunity to receive a completely customized performance shoe from a major athletic shoe company.  This could be the future of 3D printed shoes.