As if teenagers don’t already have enough to deal with, with their changing bodies and all the confusion surrounding that, I so badly wanted to bulk up just a little bit in my own teen years, but could never afford supplements such as protein shakes on the pocket money I had allocated to a lot of other things I wanted and needed. It was a long and hard road, but I eventually came across a nice recipe to make a homemade protein shake to aid in the process of building muscle.

The main ingredients are not only cheap, but also often just form part of what a normal household would buy as part of their grocery shopping. My mum did notice that she suddenly had to stock up on more of some of those items whenever she went to do the weekly grocery shopping, but all the better because she only attributed this to the growing appetite of a boy growing into a young man.

I don’t know hey — my desire to bulk up was a bit of a secret one which I didn’t really share with anybody, perhaps out of fear of failure since it took quite some time for me to notice any gains in muscle mass. I also constantly found myself deliberating with myself whether or not to perhaps tell somebody about it, just so that they could hold me accountable and compel me to put in the required amount of work to add a bit of meat to my tiny frame.

I’ll tell you what though; nothing polishes up your researching skills quite like not being able to afford something you really want. While searching for what would eventually go on to be a great homemade protein shake recipe, I came across a whole lot of other life hacks and ideas which I’m still using to this day, which come in very handy in just about all areas of my existence.

As far as the other ingredients which are perhaps not a normal part of the average grocery list go, these are also not expensive to buy at all. I could certainly afford those on my schoolboy allowance.

That’s as simple as it gets really and all you have to do is mix it all up in a blender and gulp it down in place of a protein shake you’d buy off the shelf. I must add though that you can use semi-skimmed milk in place of the full cream milk. I just used to use full-cream milk because it was what my mum bought, so I first heated it up in the microwave until the fat formed a floating layer on top, which I then scraped off to leave behind homemade “skimmed milk.”

Complement this with a good resistance training regime and you’ll be good to go with some bulking up. 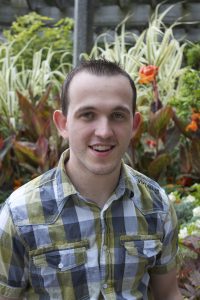 I’m a 31-year-old freelance writer from Toronto, Canada. I enjoy writing about sports, business and travel. My work has been featured on Yahoo.ca, the Huffington Post, Business.com, ESPN Radio and more.I love to feed the needs of readers everywhere.